PJ Ladd Vs Tyler Bledsoe: BATB1 – Round 1
Next Video 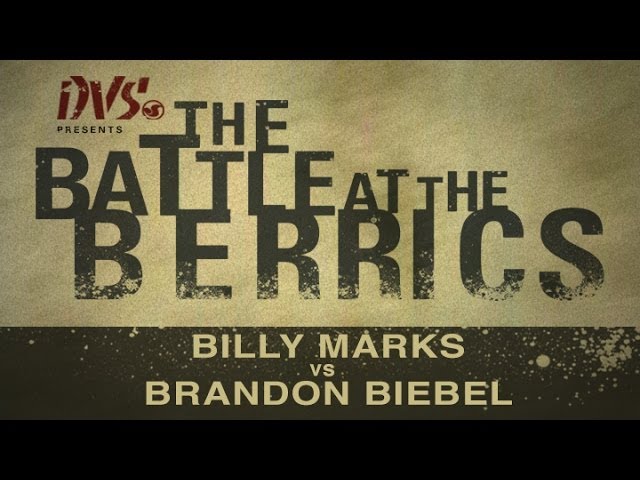 Billy Marks and Brandon Biebel face off in the second round of Battle At The Berrics.

A game of “S.K.A.T.E.” is something that no skateboarder is a stranger to. Two players face off on the flatground, matching each other trick-for-trick (like a game of “H.O.R.S.E.”… on wheels), until one player reaches the final letter and is given two attempts to land the other player’s trick. There are many variations to the rules – sometimes even varying by region. But no matter how you play S.K.A.T.E., this game is a developmental rite of passage for skaters all over the world – and it is still the most gratifying way to learn a new trick.

Inspired by our experiences playing S.K.A.T.E., The Berrics created “The Battle At The Berrics”. We started BATB mainly as a tribute to the game that has helped us grow so much as skaters, but we have to admit that we also kinda wanted to see our favorite skaters duke it out on the flatground (deep down, we’re all just skate nerds). We couldn’t have imagined that this deceptively simple concept would take off the way that it did, but BATB continues to be a fan favorite contest.

The NCAA can have their March Madness, but we prefer BATB radness.