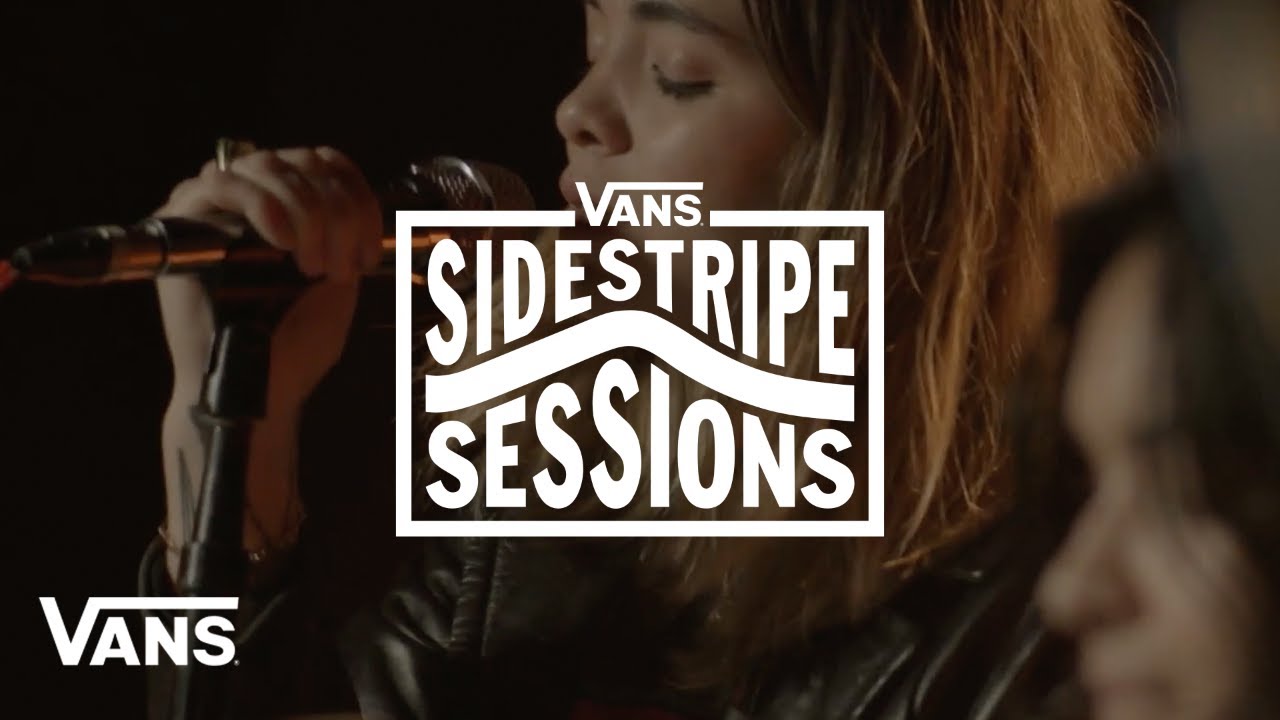 This week’s session features music by The Aces. The indie alt-pop band was established in Utah by sisters Cristal and Alisa Ramirez in 2008. Today the band is made up of childhood friends Katie Henderson (guitar), McKenna Petty (bass), Alisa Ramirez (drums), Cristal Ramirez (lead vocals and guitars). After years of practicing in a garage and playing local events to gain buzz, The Aces sought to take things to the next level and eventually found a home with Red Bull Records.

Capturing their angst and real-life experiences as young women, The Aces released their debut EP; I Don’t Like Being Honest. The EP’s single “Stuck” was inspired by the uncertainty of being in a situation you feel trapped in. The song quickly captured an audience and earned the 38th spot on the Billboard Alternative Song charts. In 2018, The Aces released their debut full-length album, When My Heart Felt Volcanic, to a slew of acclaim and recognition from music outlets. NME celebrated the album saying, “The Aces’ debut is nothing less than bloody brilliant.” Following the album release, The Aces went on tour with alt-pop band 5 Seconds of Summer and later announced their first US/Europe tour.

In the summer of 2020, The Aces released their sophomore follow-up, Under My Influence. The album once again captured their real-time struggles and exploration into self-discovery. The Aces’ frontwoman, Alisa, told NYLON, “I think, the deeper you go and the more specific you get with your experience, weirdly the more interesting and more relatable it is for other people.”

Listen to The Aces on the Vans Spotify Sidestripe Sessions Playlist: https://bit.ly/VansSpotifySidestripe

Art in this episode comes from Linda McNeil. Linda is an artist originally from the Boston area whose work focuses on animation and illustration with a strong passion for patterns, bright colors and 90’s nostalgia. Linda is also one half of OK Motion Club, a Female animation collective based in Atlanta. Most recently, Linda has used her talents in collaboration with Living Walls, an organization that utilizes public art to promote social change and activate public spaces in Atlanta. In 2009 she earned her Bachelor of Fine Arts in Graphic Design from Savannah College of Art and Design and is currently living in Atlanta, Georgia. Follow her work @lindadm

ANYTHING YOU CAN CARRY, I’LL PAY FOR CHALLENGE!

DESTROYING THE MOST BEAUTIFUL SKATEPARK IN CALIFORNIA?!