WILL THE SKATEBOARD BREAK?
Next Video

Chris Joslin Has 360 Flips ON LOCK 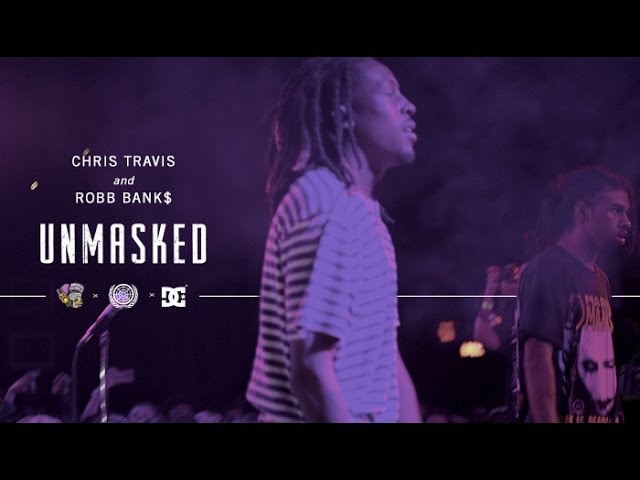 Chris Joslin Has 360 Flips ON LOCK

Imagine being able to know about Jay Z before he released his debut album, before he ever graced a single TV screen, magazine cover, or had the hottest chick in the game wearing his chain. You could share his music with your friends, converting them to fans of this rapper they never heard of before. That’s what Masked Gorilla is all about, introducing you to your favorite rapper before he’s everyone’s favorite rapper.

Now imagine being able to catch thisJay Zguy at your local venue, with only a few hundred people in the crowd, watching him perform from a few feet away. That’s what the UNMASKED Concert Series is all about.

When Miami’s Robb Bank$ and Memphis’ Chris Travis released their collaborative ‘No Trespassing’ EP earlier this year, it racked up over a million plays on Soundcloud. After covering both Robb and Chris on Masked Gorilla since 2012, we knew it was the perfect time to bring them together in concert for the first time and have them touch down on our UNMASKED stage. The two rappers sold out the concert with ease, but they managed to make their performance look even easier. The two intertwined their sets, rapping back and forth with each other the entire night. We spoke with the two artists before they hit the stage about how they startedrapping,when they started to gain traction, and what their rise in the scene has been like.Subscribe to The Berrics – http://bit.ly/TheBerricsYoutube

Step Into The World Of Gustavo Ribeiro | MUNDO GUSTAVO Ep 1

Can She Tre on His Board? 💘 Find Out in Episode 1 of The Skating Game | Krux Trucks